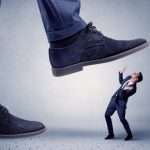 Advantages of Scale refers to the idea that as an organization performs more and more of the same type of work it will tend to acquire efficiencies over time.

There are a wide range of efficiencies that can be gained as the organization grows, from workers becoming better at their craft to the ability to order materials in bulk.

The key idea is that as an organization becomes more efficient at a task it often gains a Competitive Advantage as a result.

Case 1: Let’s say Bob wants to start a lawn-mowing company. In the beginning all he has is himself and his current push mower. With this setup, he doesn’t cut much lawn with each pass of the mower, and he can only cut as fast as he can walk. His operation likely isn’t that efficient compared to his competitors.

Case 2: Now let’s say that Bob does a fantastic job, and over time he gets more and more customers through word-of-mouth (or advertising/marketing, it does’t really matter how in this case). At some point he can’t keep up with demand, so he buys a couple large rider mowers and hires a few people to operate them. Now it isn’t just Bob anymore: he has a small team of people using equipment than can cut more grass in the same time.

Case 3: Over time, Bob’s business continues to grow. He has a large team of people using the very best equipment and his crew can mow more grass an hour than anybody else in town. If he manages it well, at some point his cost per square foot of grass may drop to the point where his operation is the most efficient in town. As a result, he could easily drop prices below that of any other competitor while still making a profit. He has built an Advantage of Scale that helps him out-compete in the marketplace.

Advantages of Scale can interact with many other Mental Models.

One example is Moats: having an Advantage of Scale is one of the Moats Charlie and Warren talk about all the time because it provides a huge Competitive Advantage.

It can also influence (or be influenced by) Specialization. Charlie gives the example of their magazine business and how, over time, their generalized Travel magazine fell to the more Specialized magazines of their competitors (eg a magazine targeted at business travel, another targeted at overseas travel, etc). In the end, even though their magazine had Advantages of Scale, Specialization won the day in that particular market.

Creative Destruction can also impact Advantages of Scale. Think of buggy whip manufacturers: the best companies likely had Advantages of Scale, but efficiency didn’t matter when the automobile came along and made horses obsolete as a means of transportation.

Quite often Advantages of Scale occur after a system reaches Critical Mass. As Bob builds his mowing business over time, his efficiencies likely don’t grow linearly. Instead they are probably lumpy, going through a series of fits and starts, until one day the last tweak to his system puts him over the edge and he becomes the ‘best’ in town, reaching Critical Mass.

Think of some of the organizations you do business with, other than the ones mentioned here.

What Advantages of Scale might they have? Are they strong enough to create a Moat, or could they be impacted by Specialization?

Now think of some of your own skills. As you have improved over time, have you become more efficient? Can you now do more in the same amount of time?