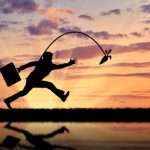 Incentives is the idea that you can motivate people to do something by promising to reward them with something they desire. It is based on the idea that people do what is in their own best interest.

Charlie thinks of incentives as a type of super power, and uses it to explain why all sorts of things that have happened throughout human history, both good and bad.

They key idea is that by providing people with the proper incentives you can alter their behavior towards whatever goal you have in mind (within reason).

As I mentioned above, manipulating incentives can be a super power when it comes to persuasion.

Case 1: One of the simplest examples is when a manager promises a raise or promotion to an employee for completing an important project or task. The employee desires the reward and is more likely to do the work as a result.

Case 2: Not all rewards need to be monetary: in the case above, the manager could also offer an increase in status through an ’employee of the month’ program or other intrinsic method.

Case 3: Those living in the U.S. know that the health care system is a bit of a mess, and the government seems incapable of fixing it on a long-term basis. Now, for sake of an example, let’s imagine that we could change the health care plan for all members of congress so that it matches that of the general populace (U.S. congress people have their own health care plan). If they had to deal with the same shtuff as the citizens (thus aligning their incentives), it isn’t hard to imagine that health care would start moving in a better direction right quick.

Case 4: Similar to health care is the field of investing: imagine if all the financial advisers and brokers only received compensation if their clients did well, and just what an impact this would have on the quality of investment products and advise available to the average investor.

Incentives can easily tie in with many other Mental Models.

Specifically, as a leader you can use incentives to guide the behavior of a group in a particular direction. For a business, getting the incentives right is crucial. You want to encourage your employees to help build the business and generate sales, but at the same time you want to avoid bad behavior such as what we saw at Wells Fargo, so it is important to evaluate potential secondary consequences.

You can also use it in conjunction with reason-respecting for an even more powerful motivator. Picture a doctor that tells a patient to take a pill twice a day with no explanation, vs the one that tells the patient to take the pill because it is their best chance to regain their health.

Or you can pair it with loss-aversion and threaten to take something away from the person instead of offering them a reward in the classic carrot-vs-stick move.

Think about the incentives you operate under right now. If you are:

Some of your incentives might be obvious: good grades might lead to a good job, good performance might lead to more money, caring for a loved one might help them care more for you.

Others might not be as obvious though … can you name a few?