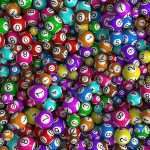 The Law of Small Numbers is the concept in Probability that says you will see the most variation in small sample sizes.

This is the opposite of the Law of Large Numbers where, over time and/or with a large enough sample size, outcomes will converge on their true probability.

The key idea is that small sample sizes will have results that vary wildly and can be misleading.

Case 1: The school example is still my favorite. Quite often we see parents searching for the best school districts when they are looking for a new place to live. It would be easy to look at the ‘Top 50’ list and pick a school district based on that, but if the school is super small then they really don’t know how well the school will perform for their kids.

Case 2: The Law of Small Numbers is one of the reasons Charlie says in-person interviews are a terrible way to hire employees. His suggestion is to focus more on their body of work and qualifications. Why? Because the interview is a sample size of 1 and is a horrible predictor of how well they would perform at the job or how they would interact with the other employees, while their resume shows how they have performed over time.

The Law of Small Numbers is tied directly to Probability (eg Expected Value and Regression to the Mean), and can also interact with many other Mental Models.

For example, it can lead to Overconfidence as seen in the stock-picker who won 5 times in a row in the example above.

Also, it can lead to huge losses when paired with Leverage. Large, horrible, random events happen all the time (Taleb’s Black Swans), and when an individual or company takes on debt to fuel growth they are assuming things will stay as they are long enough for them to pay it back.

It is also one of the primary drivers for Redundancy in engineering: we add backups to our systems so they can survive unlikely (but possible) events.

See if you can find examples of people falling for the Law of Small Numbers fallacy as you watch or read the news.

Is some food being recommended for its health benefits based on a single study?

Or is the crime rate in one small town being compared to another? Even worse, are they offering a reason for the difference?