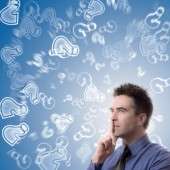 So you’re working on building out your Mental Models. You’re reading books, taking notes, and otherwise trying to follow in the footsteps of Charlie Munger so you can have your own handy list of models to help you make better decisions and out-think the majority of people around you.

Yet whenever it comes time to make an important decision in a pinch, you struggle to find the right models or you forget your well-curated list entirely. In the heat of the moment you fall right back on the same irrational mental heuristics as everyone else.

I’m noticing this more and more in my own decision-making and I think I’ve figured out why it happens.

New: Check out my review of the top five Warren Buffett Books.

The Lattice in Latticework of Mental Models

Whenever I read (or re-read) something from Charlie where he’s talking about his Latticework of Mental Models I’ve always focused on the Models themselves.

I think to myself: I need to read more and create a better list. What I have so far isn’t working.

However lately I’m starting to think there’s more to it than having the most complete list of Models you can muster. I think the key is to also have something that:

In short: Charlie calls it a Latticework of Mental Models for a reason.

Once you have a decent (note: not perfect!) list of Mental Models, it’s time to work on creating the Lattice that pulls them all together so they are ready and waiting to be used when you need them most.

A System For Your Models

Charlie talks about having roughly 100 Mental Models that he has collected over his lifetime. He even gave us 25 of them in Poor Charlie’s Almanack.

But 100 is a lot to remember. Warren Buffett has commented a couple times on Charlie’s ability to remember things, so maybe it was easy for him to remember 100 Models and recall them whenever he needs.

For us mere mortals though I think that’s a lot to ask.

I think Charlie has hinted at how he does it though:

So what if we simply did this: turn our list of Mental Models into a checklist and put the most useful ones at the top?

Through the efficiency of technology we could even have our list with us at all times without needing to completely memorize it. Just store it in an app on your phone, tablet, or computer.

Or we can even go low-tech and have it printed out on a piece of paper we keep with us.

Then all we need to do is remember to pull out and work through the list whenever it’s time to make a decision, starting at the top with the important Models and working our way down.

Repeat to Remember & Remember to Repeat

But what if you don’t want to have to carry your list of Mental Models with you in a brain-external format?

Maybe you think this is cheating, or that it would look silly to other people, or that some decisions need to be made quicker than that.

If this is the case … then you simply need to suck it up and figure out a way to memorize all your Models.

That said, I think technology can help us do this and get one step closer to Charlie’s level.

Recently I’ve been using a program called Anki, which is really just a digital version of using flashcards to remember important facts.

It is based on the notions of Active Recall and Spaced Repetition, which together say that we remember things better if we are asked to actively retrieve them from memory right as we are about to forget them.

It does NOT mean re-reading notes periodically or looking at your list of Mental Models every day. Instead it requires that you actively pull a fact from memory with minimal prompting so that your brain has to do the hard work of finding the answer on its own.

And over time you increase the delay between asking your brain to find the same answer. At first Anki waits a day before asking you a question again, then two days, then three, then five, then a week, then two weeks … until you get the point where you’re only being asked a couple times a year.

By increasing the time that elapses between asking your brain to recall something you are trying to hit that point where you are just about to forget it. Then your brain has to work extra-hard to retrieve it, and this prompts it to make that particular memory a bit stronger. Keep doing this and you will end up with a rock-solid memory for that fact (or Model).

So based on this I am trying to input my list of Mental Models into an Anki flashcard deck in such a way that each day I am quizzed on a handful of them. My hope is to get to the point where I remember them instinctively when I’m about to make an important decision.

Anki recently helped me do extremely well on a technology certification I’d been meaning to get, so I think it has a good chance of helping me with my Mental Models as well.

What Systems Do You Use?

What do you think? Does this make sense? Have you found a better way to keep your Mental Models at the ready?

Please leave a comment below with your thoughts on creating a Latticework of Mental Models.